Reese Grocery
Yusuf was last seen (with no shirt or shoes) near the intersection of McDaniel and Fulton getting into a blue car in the 300 block of Fulton Street (near bushes between a fenced in playground and a redbrick apartment building) after buying Bruton snuff for a neighbor, Eula Birdsong, at Reese Grocery on McDaniel St.  3 black males were questioned.  The witness who saw him get into the car said that the driver looked like Yusuf's father, Camille's ex-husband John Bell.  Camille claimed this witness was untrustworthy because of her drinking problem.  Mr. Bell had insisted that Yusuf would be found safe.  He also "failed" a polygraph test. 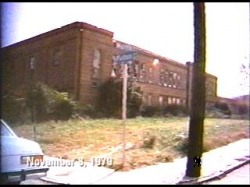 Yusuf's body was found in the empty (since 1973) and since razed E.P. Johnson Elementary building (494 Martin St. S.E.) in a crawlspace by a school janitor, 30 year old John Henry Tye (of 769 Fraser St. SE), looking for a place to urinate.

He was found only in the cut-off brown shorts he was last seen in, with a piece of masking tape stuck to them.  He had been hit over the head twice, and the cause of death listed was asphyxiation by manual strangulation. 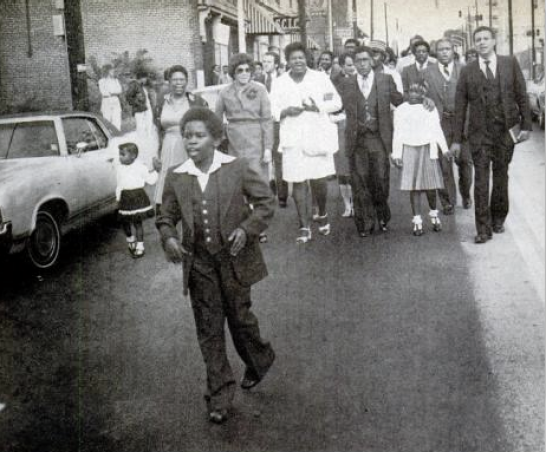 Johnathan Bell, at the Save Our Children Prayer Pilgrimage on Auburn Ave