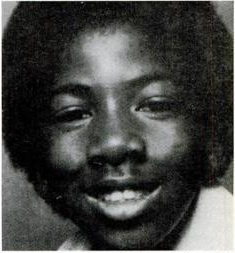 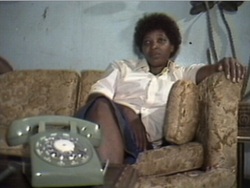 mother Lois
A young man, Randy Joe Heath, who last saw Alfred Evans, told police he gave him a ride to a bus stop on Glenwood on Evan's way to the Coronet Theatre on Peachtree St.

Some claimed Evans was with Smith at a "pot party" on County Line Road.

Randy Joe Heath's mother, president of the East Lake Meadow's Tenant's Association, had suggested to Wayne Williams to distribute his flyers at Thomasville Heights (where Wyche and Patrick Rogers lived).  Williams claimed he found a young man at Moreland Avenue Shopping Center and hired him to distribute them.

The police were tipped that this boy's disappearance was connected to the girl's body found on Memorial near the Columbia Mall. 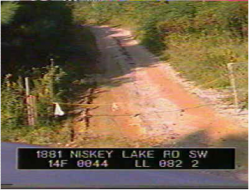 The bodies of Edward Hope Smith & (probably) Alfred Evans were found in a wooded area across the street from 1881 (1700 block?) Niskey Lake Rd SW by an old woman looking for cans.

Alfred's identification took over a year. His cause of death was "probably asphyxiation by strangulation."  He was dressed in all black, wearing an unfamiliar belt.

The state considered Evans' to be a "pattern case" in the trial of Wayne Williams.