Bell attended Booker T. Washington High and went to John Harland Boys' Club on People's St next to Harris Homes.  He worked at Cap'n Peg's Seafood and partied at Dunbar Community Center.  He attended a radio class at NFLPA camp at West Georgia College in Carrollton, where Cynthia Montgomery went to camp.

"Dorsey" at Cap'n Peg's saw Jo Jo Bell leave to go play basketball.  He was last seen playing basketball with a friend at Agnes Jones School, where LaTonya went to school. The friend, Eugene (Lugene?) Laster, 21, depicted here on the left, reported seeing him get into a station wagon with Williams on Westview Drive.  Jo Jo's half brother Edward Mays said that he had talked to Eugene on the day of disappearance, and at that time, Laster did not know the type of car or who drove it.  Jo Jo was last seen wearing a blue skullcap and jogging sweatshirt, green jacket, and brown baggy pants.

That same afternoon, a man claimed to have seen Wayne Williams at the South River.

The next day, Cap'n Peg's received a call from Jo Jo saying he was "almost dead."

On March 7th, 7pm, Jo Jo's mother received two calls from a woman saying she had him.

A witness signed an affidavit saying they saw someone other than Wayne Williams murder Bell at the last place Timothy Hill was seen.  A schoolmate of Jo Jo's (who knew Timmy Hill and Larry Marshall) said he last saw Jo Jo on a Friday at Timmy Hill's place of disappearance, the house on Gray Street, wearing a baggy blue pin-striped suit and tie with a white tee.

Eugene's younger brother, John Laster, 15, said Jo Jo had Williams' phone number and that Williams' told him he knew Jo Jo (though there was another Jo Jo Bell in the area).

Jo-Jo Bell's body was found by two bikers testing a new trail or horseback riders in Rockdale County off Klondike Rd. near wear the South River takes a sharp turn off county boundary line.  It was a 2 mile walk in the woods to reach point.

Body missing all but underwear.  Cause of death: undetermined asphyxiation.

The state contended this was a "pattern case" in Williams' trial. 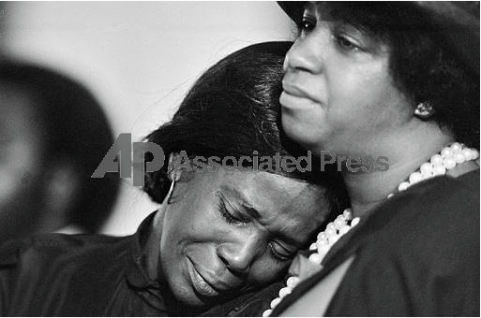