23 year old Michael Cameron "Mickey" McIntosh a.k.a. Ricky Davis a.k.a. Michael Mathews a.k.a. Mickey Williams (5'3", 116lbs, DOB 1957) lived in a house at 620 Windsor Street near the corner of Glenn Street, inherited from his adoptive mother, Bessie McIntosh.  His biological mother was Hazel Matthews/Williams, his foster aunt was Ella Simmons Passmore, and he had four brothers and three sisters.  Cap'n Peg's back door was across the street from his home, and he sometimes did odd jobs for them.  He served time at the Clark Co. Correctional Institution for burglary and armed robbery (possession of marijuana and attempted rape) and prisons in Reidsville and Putnam County from 1976 to 1979 for theft by receiving stolen property.  McIntosh was working for the "Add-A-Man" labor pool at 708 NW Spring Street.  He reportedly boxed with Jo Jo Bell and once attended the Challenge School For Boys. 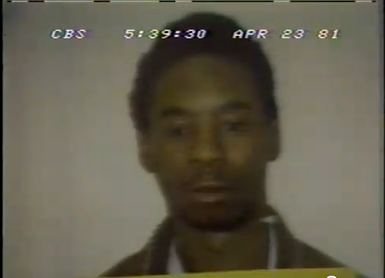 Michael McIntosh left his job at the Milton Ave Foundry (at 162 or 249 Milton Ave, SE) on 24 March and never came back.  Police say friends/family saw him as late as April 1st.

Around 25 March 1981, a man who ran an import shop on Bankhead Hwy (US 278) said McIntosh came into his shop crying, having been beat badly.  "They gave him $12 and showed him where the nearest MARTA station was.  I last saw him headed towards the Chattahoochie." 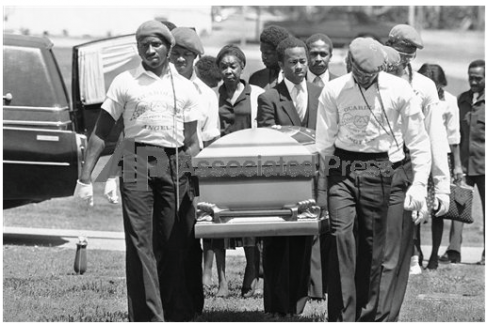 Hazel Matthews following McIntosh's body
The body of Michael McIntosh was found on the bank of the Chattahoochie by a Fulton County farmer named Jimmy Brown (whose father owned Browns Lake fish farm) below the Campbellton Road bridge. (3/4 mi south of GA-92? midway between Hill and Duncan?)

His body was found naked. Cause of death was undetermined asphyxiation.