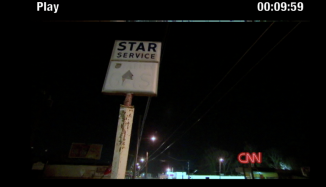 Jefferey Mathis was last seen leaving to the Star Service Station on Gordon to buy cigarettes (or a loaf of bread?).  He was wearing gray jogging pants, brown shoes, and a white and green shirt.  The barber, W. A. Williams, on the corner of Gordon & East Ontario saw Mathis knock on his window.  Months later a girl said she saw him get into a blue car with a light skinned man and a dark skinned man on East Ontario, next to a silver fireplug near Anderson's Produce.

Witness Willie Turner (whose father lived in McDaniel-Glenn) said he saw Mathis in a blue Nova nearly two weeks after he went missing, across the corner from Stewart-Lakewood Shopping Center.  Later, he was held at gunpoint by the driver on 23 March 1980, possibly on Campbellton, behind an old building (name maybe starting with "O"?)

After Jefferey's death, then later the drowning of Willie Mae's nephew Garrick in the pool at Mozley Park, Homer Williams and James "Jim" Comento came over to her home to talk about getting a permit to use a police scanner in their vehicle.