Kenneth Bernard Brown, 17, lived on First Ave off Memorial, near Darron Glass.  He witnessed a black man wearing a green shirt, dark pants, silver bracelet and black flat cap take a crying boy (aged 10-12) out of a light blue Nova on Memorial.  He brought the boy to the woods, then Kenny heard a shot, then saw him carry a boy to his trunk and drive south on 2nd Ave.

Lee lived with mother Geraldine Gooch and father Eugene Gooch at 4205 Cape St.  His grandmother lived across the street from Yusuf Bell.  Lee was driving a stolen white Pinto from the Omni when he saw his friend, David Green, whom he asked if he wanted a ride.  Gooch was reported missing, but found after he spent 14 Jan - 7 Feb 1981 in a Tallahassee jail after using his mother's maiden name, Kimball.  Investigator Chet Dettlinger located the youth alive. 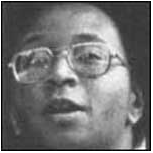 On 22 May 1981, Wayne Williams was stopped near the Jackson Pkwy bridge after the Atlanta Police heard a "splash" in the Chattahoochie.  Williams claimed to have been at the Starvin' Marvin's near the intersection of Bolton and Jackson Pkwy to call Cheryl Johnson/Barbara Jackson @ 934-7766, 2300 Benson Poole Rd, Marietta Dr, Marietta GA or Apt F-4, Spanish Trace Apartments, off South Cobb Dr and Church St in Smyrna.  He was driving his uncle Ralph Barnhart's '70 Chevy station wagon.  His uncle lived at 3822 Montrose Dr, Columbus, GA (689-6380). 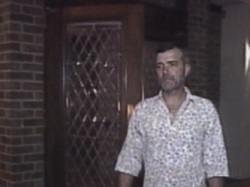 Charles Theodore Sanders, a KKK member considered a suspect in the killings, lived in the now unincorporated railroad town of Mountain View, on a "dead end street" near Old Dixie Hwy.  His father was Carlton Sanders, and brothers were Don, Jerry, Terry, James and Ricky.
Informant BJ Jones reported that before Christmas 1980, Sanders said "I'm gonna choke the black bastard to death" of victim Lubie Geter for hitting his car with a go-cart, near Stewart-Lakewood, where Geter was last seen.  Apparently Earl Lee Terrell was involved in this incident.  Another informant, Billy Joe Whitaker, told police that Charles Sanders spoke of Lubie Geter: "Yeah, I killed the little bastard.  We are killing niggers, about 20 of them, and we are going to start killing young black women next."
In a call to Terry Sanders, which GBI officials had recorded in a wire tap, Don was heard saying "I might go out and ride around a little bit," to which Terry replied "Go find you another kid?  Another little kid?"  Don answered, "Yea.  Scope out some places.  We'll see ya later."  The recording was later destroyed by GBI officials.

63 year old Tom Terrell lived in a house on 530 Gray Street, and owned the house next door at 522 Gray Street.  Timothy Hill was last seen here, and many other list victims were reportedly seen here before their deaths.

Larry lived at 422 Rock Street, the corner of where Haynes Street once was.  (a.k.a. Larry Hill, see: Timothy Hill)

The 26 year old of 1275 Eastland Road and another man, Robert Duke, were considered suspects in the cases after the police got an anonymous tip that the two had been claiming to have had murdered 25 young black adults in Atlanta and were going to kill another.  On 12 May 1981, Talley and Duke had barricaded themselves in a boarding house, and Talley was killed by police fire.

(at Auburn & Yonge St- now William Holmes Borders Sr Dr)  Reverend Earl Carroll claimed to be assistant pastor here.  Reverend William Holmes Borders denied this.  Carroll had dressed as a clown in shopping centers to raise money for finding Jefferey Mathis.  Carrol had once been found guilty of bootlegging music tapes and had a preaching show on Channel 36 and on WYZE radio.  He likened himself to Malcom X and Martin Luther King, Jr.
Cynthia Montgomery was also left here crying once.  A meeting was held here by the Committee to Stop Children's Murders.  The program listed a Willie Sherman, aged 10, murdered, mother Carolyn Sherman. 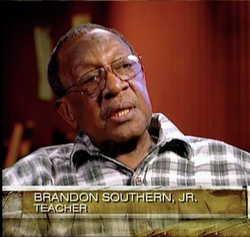 Brandon Southern, Jr. was the director of the Challenge School for Boys at West Hunter St. Baptist Church and had connections to many of the victims.  He was friends with the Mathis family.  He was connected to McIntosh, Geter, Gooch, Larry Rogers' younger brother and Homer Williams.  Pue went to the Challenge school, along with an unnamed boy who claimed Wayne Williams fondled him in a blue car on a dirt road (which he changed to Pickfair Ave and Pickfair Way; the same intersection where Faye Yearby's body was found) in August 1980, and then said he saw Lubie Geter in a white Oldsmobile with an unknown man (which he then changed to Wayne Williams). 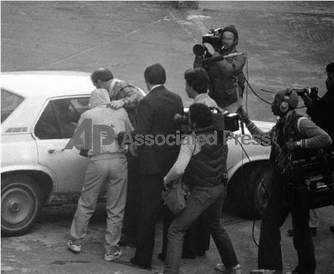 unnamed boy, after testimony
This unnamed boy also said he was walking home from a List victim's funeral with another boy when from Stewart-Lakewood the organist from the funeral picked them up in a car with another black man.  They went to an apartment in Cobb County near 6-Flags.  They met three people, one a light skinned transsexual with red hair (who was possibly later found dead from an overdose in Cobb County). 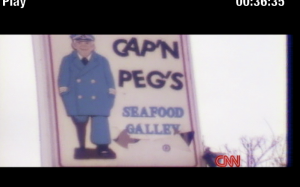 Cap’n Peg’s was located at 325 Georgia Avenue. Joseph "Jo-Jo" Bell was employed here and left to play basketball at Agnes Jones School on the day he disappeared. M. McIntosh did odd jobs here.  Fred Wyatt, in possession of Jimmy Ray Payne's prison ID was arrested here.  Wayne Williams used this address on his flyers as his business' location.

This location is where Alfred Evans played basketball and boxed and where Yusef Bell sometimes came. 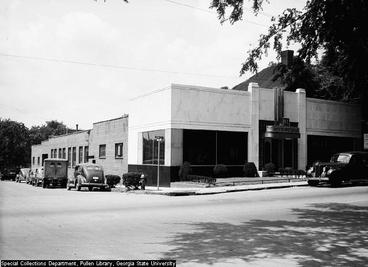 708 Spring St NW was where both Michael McIntosh and Nathaniel Cater found work.

A house at the intersection of Bakers Ferry and Dollar Mill Rd was found by searchers on 03 January 1981 looking for missing children because of an anonymous tip to look in the area.  The house reportedly smelled of rotting flesh.  The house was owned by a David Westbrook, who rented it out to tenants who had left their possessions there.  Neighbors had seen a black man and black child use the house two months before.  Inside was bibles nailed to the wall opened to passages about children and murder.  Also found inside was adult clothing (including a burnt jersey), children clothing, furniture, and bikes.  No body was ever found here, however the remains of a young adult female were found in the "Adamsville section of Atlanta" on 19 Jan 1981.