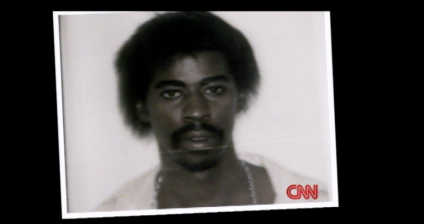 27 year old Nathaniel Cater lived in the Falcon Hotel at 180 Luckie Street NW after moving out of his father's apartment at 2261 Verbena St NW on April 24.  This is where his parents Alonzo T. Cater, Sr., and Margaret Cater and siblings Gwinette and Anthony Cater, 18, lived.

Nathaniel worked for "Add-A-Man" Labor pool and solicited sex at the Silver Dollar Saloon and Cameo Lounge on Spring Street.

A prisoner in Suffolk County Jail in Massachusetts said he took photos of Cater and gave them to a "heavy-set guy" at a bookstore on Peachtree Street.  He said Darron Glass was paid for sex by men there.

Nathaniel Cater was reportedly last seen by gardener Robert I. Henry here at the entrance of the Rialto Theatre (84 Forsyth St NW) holding hands with Wayne Williams.  That morning he was also seen near the bus station after leaving the Cameo Lounge near Woodruff Park.

A "running buddy" of Cater's said he saw him on 23 May 1981.  Cameo Lounge customer, Howard Campbell, also maintained that he saw Cater on that date around 2:30pm.  Jimmy "Tightrope" Anthony, 19, also said he saw Cater Saturday morning, 23 May 1981, entering the Healy building (or in Central City Park, now Woodruff Park).  These sightings by three people he knew were a full day after the "bridge incident" with Wayne Williams.  This alone should provide sufficient "reasonable doubt" that Wayne Williams threw Cater's body over the bridge.

Tightrope lived in his cousin's apartment in the same building as Anthony "Amp" Wiley on the corner of Verbena and Shirley Place next to Cater's family, Wilson, and Montgomery.  Wiley was charged with murdering a white woman, Jean Buice, 34, with his two cousins, Lapas Flavor and his brother.  Wiley was on bail for raping a girl next door.  He also dated Payne's girlfriend. 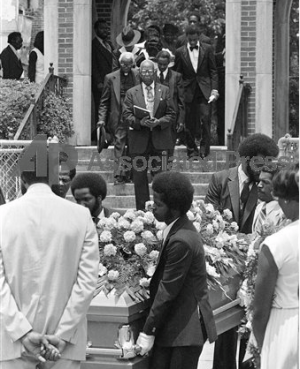 Nathaniel Cater's body was found by 2 boys fishing yards/a half mile south of the I-285 bridge on the Atlanta side of Chattahoochie near South Cobb Drive, between Jackson Parkway and Gordon Street.  Also found there was a safe (police never released what was found inside), clothing, and a Thompson-submachine gun.

His body was found naked.  His cause of death was undetermined asphyxiation.  He had a bullet wound scar on his right shoulder, like another missing man, but was identified through finger prints.

After Cater was found dead, his roommate John Henly came into the labor pool scared and crying that he'd be next.  He said that the week before a white man in a suit and a black man in expensive sports clothes had come several times asking for Cater.

Cater's mother and sister first claimed they saw Wayne Williams with Nathaniel on 25 May 81 (a day after he was found dead) but then recanted, saying it was 18 May 81.